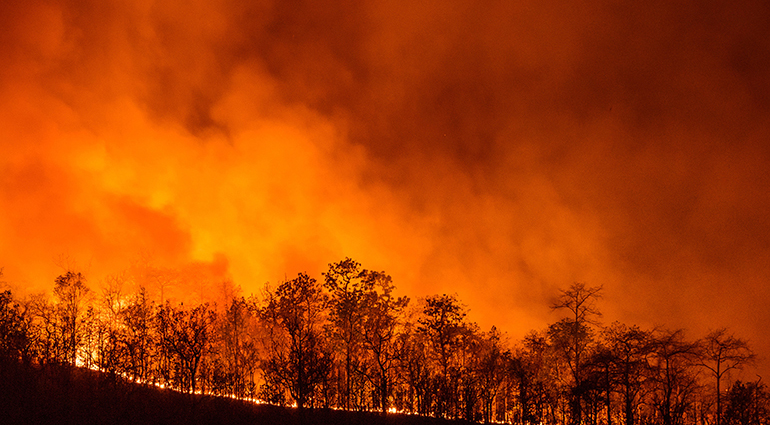 Most people and animals escaped the flames of a fire that destroyed the Canadian town of Fort McMurray. A black cat named Tux, however, was left behind. Firefighters eventually found the feline, unharmed, inside an overturned stove. The firefighters suggested that an explosion must have blown an opening in the appliance, allowing Tux to jump inside. This safe place allowed him to survive the blaze.